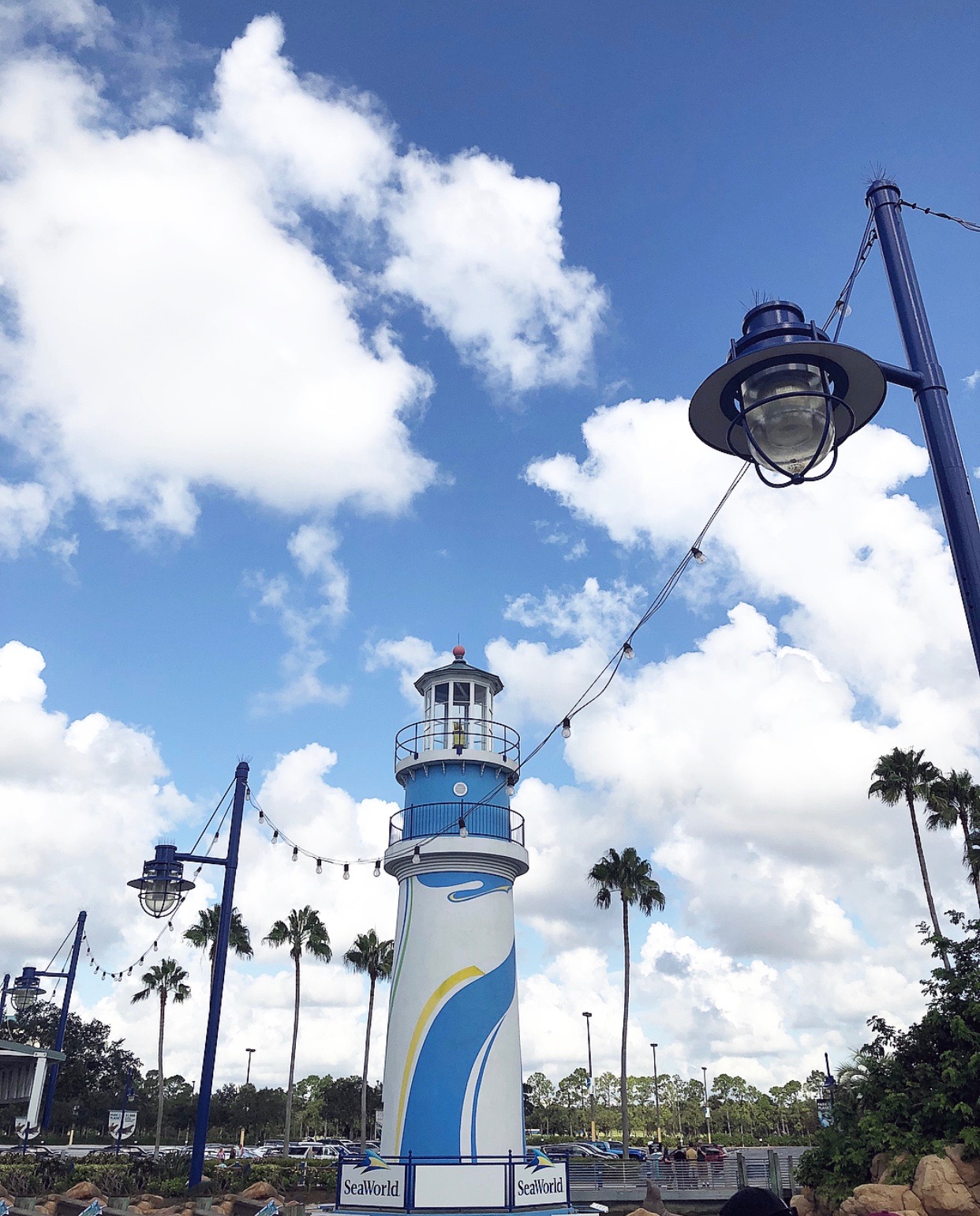 Last weekend I flew home for my birthday to spend time with my family and my boyfriend, Ryan. It was so much fun! I am so incredibly grateful to have the opportunity to travel home and visit them, especially on such a fun occasion!

I knew most of the weekend’s schedule when I left on Thursday, (my birthday) but one part was still a mystery. The night I flew in we were going to have a celebratory dinner, and Saturday was going to be full of football (duh) but Friday, Ryan had planned a special all-day birthday surprise.  I couldn’t wait!

Thursday night’s dinner was AMAZING. We ate at Cooper Hawk’s Winery in Waterford Lakes. They have incredible sparkling luxe wine (my favorite was the almond flavor) and even more incredible food! My parents, Ryan and I split two appetizers, and then for dinner I ordered the short rib risotto that was made with white truffle oil. WOW. Also, during dinner I opened gifts, (beyond grateful to my way-too-generous family and my wildly amazing two best friends [shout out to you, Em & Andrew]!)

Friday morning came and Ryan started the festivities off by taking me to Starbucks, as he knew how much I needed iced coffee, especially when we had to wake up at 8am, which was 7am to me!! He’s a good man for putting up with me, hehe. But waking up early was totally worth it, because he had bought us tickets to SEAWORLD!!! Our Trip to SeaWorld

Neither of us had been to the park in many, many years, so we were both extremely excited! After scanning our tickets and entering the park, we walked past the new-ish lay-down roller coaster, the Manta. Of course we immediately went to get in line, but since we had gotten to the park RIGHT when it opened, the ride was even open yet. Instead, we popped in next door to the Aquarium. The second we walked inside we heard a little girl go, “Dory!!!!” It was so cute, and such a perfect start to set the mood for the day!

After the aquarium we headed straight for Kracken, which is SeaWorld’s oldest roller coaster, at least that I know of. We weren’t prepared to love it as much as we did. It was definitely the best ride we went on all day! After Kracken we exited right by Pacific Point Reserve so we went over and looked at the sea lions and otters. Then we made a beeline for my favorite animals, the Penguins!! *insert heart eye emojis here* So, we aren’t sure how long it has actually been since we’ve been to the park because the Antarctica section has been completely redone. We barely even recognized it. To get to the penguins, you can either ride a ride, or walk through (kind of like the old Arctic ride, which still exists!) So we decided to ride, and it was so so cute & fun! I’m not really sure how to describe the ride itself… basically you sit in a little bucket and spin around many different rooms as you follow a young newborn penguin named Puck through the South Pole, seeing beautiful lights, icy storms, and even other animals. Then when the ride ends (with a beautiful song by Lauren Alaina playing) the bucket spins you around and you step off right into the freezing cold penguin habitat! [Also, another thing Ryan and I thought was cool was that you can choose either a “mild” or “wild” experience for the ride, so it’s perfect for all ages! After penguins we headed back toward the front of the park and rode Manta, now that it was open. We both had been on it a long time ago, but we both forgot how intense it was! It was fun, but definitely not as great as Kracken. After the ride we headed straight for Shamu stadium as it was around noon and the show started at 12:30. (For anyone curious, Ryan and I have seen Blackfish and we did spend the whole show feeling very torn for the animals. We both also think SeaWorld will be making some major changes soon.) After the show, we were on the other side of the park, so we took the opportunity to go to the Wild Arctic. I was a little ride-ed out so we decided to do the walk-through version instead. We saw some manatees, walruses, and beluga whales. The ride exited right by a fro-yo shop so Ryan and I split a yummy cup of swirl. It PERFECTLY hit the spot. We kept walking and eventually we were right at SeaWorld’s newest thrill ride, The Mako. Neither Ryan or I knew anything about it, and THANK GOD we didn’t, or we would have been too scared to go on it/miserable while waiting in line. The ride goes straight down — multiple times! It was actually not a great ride, and not because of that, but because there was barely any turns, it was ALL up and down. However, we made it through and we even have this hilarious photo as a memory from it! After the Mako ride, we were right there in the Shark habitat. The Shark’s Underwater Grill restaurant was right there and Ryan and I decided it was time to eat [and drink!]. We split two yummy appetizers and each had a cocktail while we dined underground surrounded by an aquarium! After eating we popped into the shark encounter next door, and then started making our way back to the other side of the park. We passed an outdoor bar, and the weather was actually kind of breezy so we decided to stop! Ryan I shared more drinks and then we realized how close the park was to closing! Therefore we started making our way back toward the front, to find games to play. If you know Ryan and I, you know we LOVE arcade games, carnival games, etc. Any and all games that end with winning tickets or prizes haha! So we played an octopus game, and on Ryan’s very first move he won a LARGE prize, so we were basically done, hehe. He picked out a stuffed animal for me, and then we ended up getting our caricature drawn. It was so stinkin’ funny! I don’t think I look anything like myself, but I think he got Ryan’s eyebrows and nose spot on lol. It was just so much fun. We truly went all out and I wouldn’t trade a single part of our day.

Thank you sooo much to my incredible boyfriend, Ryan, for EVERYTHING! You made my birthday so unbelievably special. I love you. 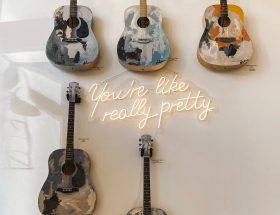 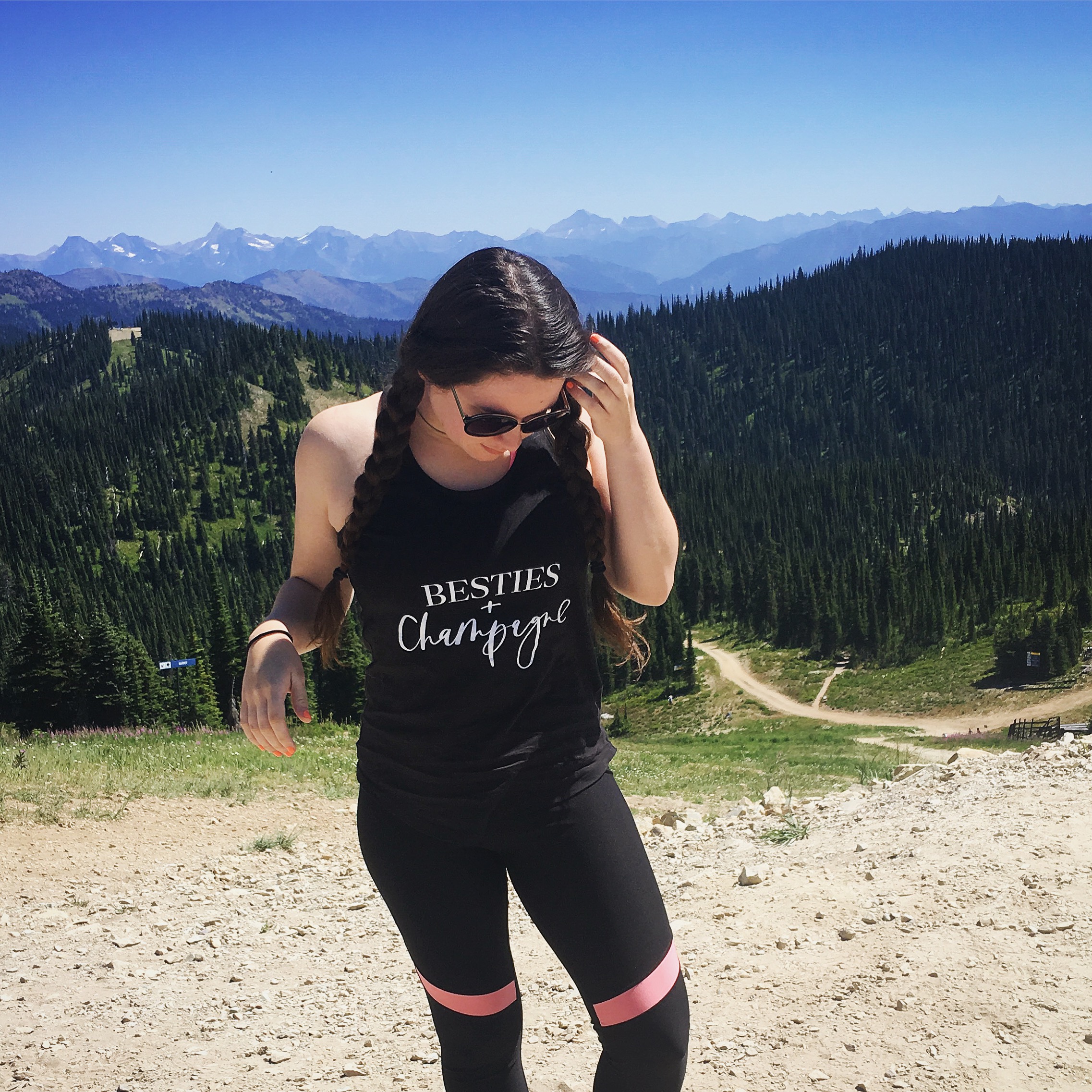 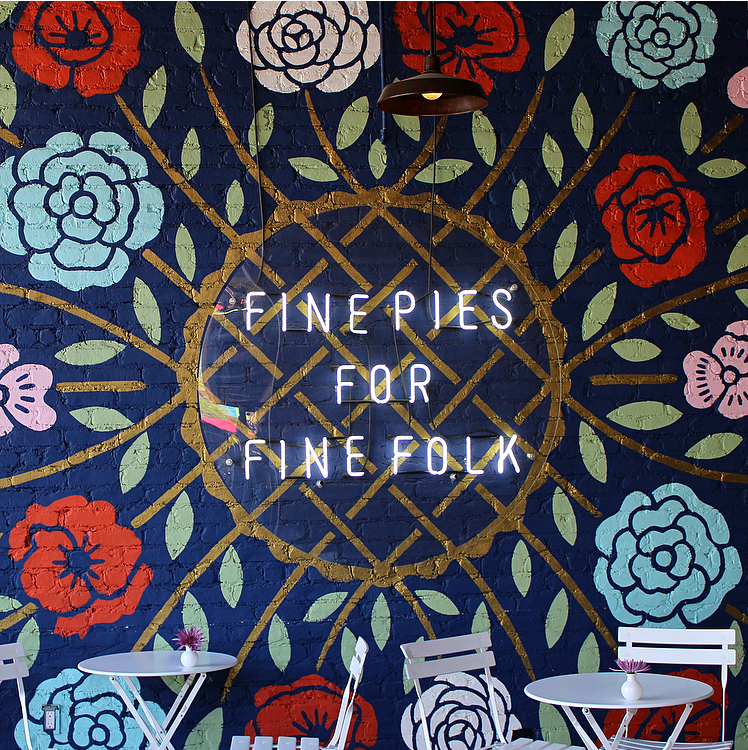