Skip to Content
Home intern diary Intern Diaries: What It Was Like To Work at ENTITY Mag and Live in LA for Seven Weeks 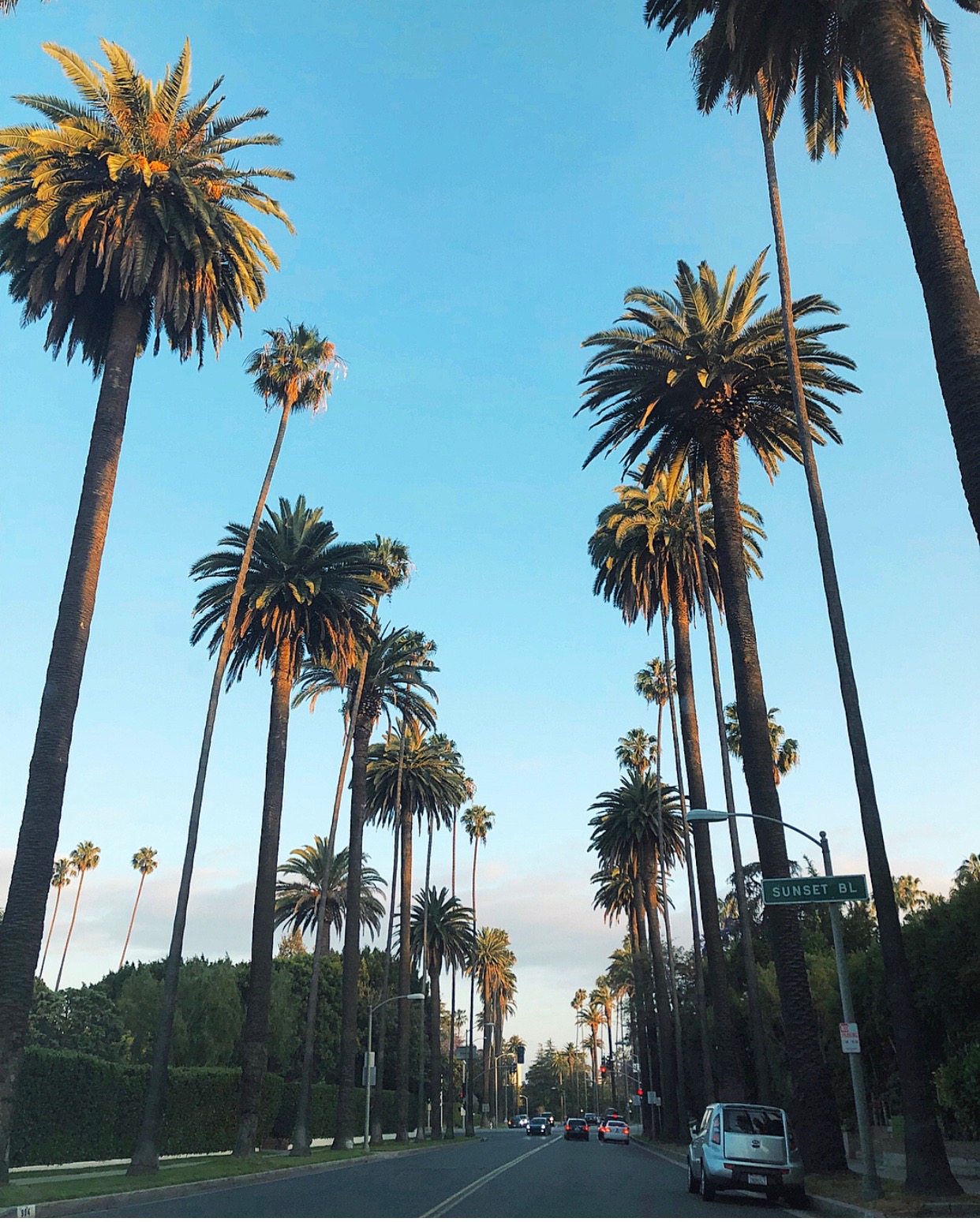 Hi guys!! I know I don’t normally start off my posts with an intro like this, but I wanted to go ahead and say HELLO because it truly feels like it’s been AGES since I’ve blogged. I wanted to say THANK YOU to everyone who has kept up with me and the site while I was working with this summer, and I hope you enjoyed the few posts I was able to get out.

Prior to starting the program, I had the idea of starting an “Intern Diaries” series, which I loved! It worked well, but I just didn’t have enough time to post as much as I wanted to. With that being said, I have SOOO much lined up for y’all! Seriously, so many fun things are coming soon, I can barely contain it! I’ve kind of decided to chalk up my lack of posts this summer to the busyness of work, and now I’m ready to move forward!

However, before I do that, I wanted to write one last little post about my experience. This is partly so you guys can know what I’ve been up to, and partly so that I can have closure and say a proper goodbye. I’ve only been home a week and I miss my job so much. So, without further ado… Here’s my last Intern Diary Entry for Summer 2018!

Finding the Job & What I Expected

I found the listing for ENTITY’s internship on Indeed.com, but it was also on my school’s job posting site, Handshake. The minute I found it I knew it was perfect for me. It included editorial, digital, PR, SEO… It was everything I was looking for and more. And it was in LOS ANGELES. I couldn’t believe it. Looking back, I still can’t believe it’s real. The first step of the application was to fill out a ten page long Google form. It asked deep, personal, sometimes random questions. ENTITY’s goal was to really get to know us, as people, before they asked for a resume. This is a huge part of the process and how they narrowed down from over 2,200 applications to 50. After I filled out the form, I heard back and was asked to submit my housing preference, and then once that was approved, I was asked to submit my resume and three writing samples that matched ENTITY’s voice and style. Once that round was over, I was finally scheduled for a phone interview. Even though I had done a million phone interviews before, I was terrified. I wanted this one SO badly. After I got the call I was accepted, I went into a daze. Nothing felt for real. For an idea of what I was feeling and what I expected going in, you can read my first article here. A Day in the Life

Once the program got into full swing, I was excited to do an Intern Diaries post on “A Day in the Life” as an ENTITY intern. However, I quickly realized I wouldn’t be able to. I mean I could, but it would have been either BORRRRINNNG or not true to life, because almost every day was different in one way or another!

There were a few things that were consistent, though. Each day started at 9am (if you know me – yikes!) and ended at 6pm. It was a little hard to get into the swing of things at first, but eventually I got the hang of it. I was in a routine where I would wake up, get dressed, order my usual iced coffee on the Dunkin Donuts app, grab my already-packed bag, and head downstairs. I would walk one block to the corner where my favorite Dunkin Donuts was, walk up to the pick up counter, and grab my coffee. Then it was back to my building where the bus was waiting. (ENTITY offered a housing & transportation option for those who were out of state.)

Then we’d arrive at work, receive e-mails with our assignments, and get working. Some days I’d write from 9 to noon, other days we would immediately have a guest speaker or presentation. Noon was usually when I’d break for lunch, which some days I packed, other days I’d go out somewhere in East LA. (Almost ALWAYS the Chinese restaurant we discovered during week 3.) Then it was back to the grind, whether it was writing, graphic design, a marketing plan, what have you. And unless we had another guest speaker, that was pretty much it for the rest of the day.

So as you can see, it was a pretty cut-and-dry normal work day. But I absolutely loved it. If you have been following along at all, you probably know I made some very best friends during this program. Two of them were roommates, the other two weren’t, but they lived in the same building. I truly don’t know what I would have done or who I would be without them. They helped when times were hard, they made the good times even better, and overall we just had so much fun together.

I had no idea when I filled out my roommate matching form from ENTITY that it was going to have this much of an impact on my life and future. All of us talked about how we didn’t come into the program to make friends, or really even thinking that we would. We were there to grow professionally, and personally. However, making friends was one of the biggest parts of the program and I am forever grateful. Shared experiences are so important and a large part of what makes great, long-lasting friendships. To have gone through this seven week mentorship/internship program with Alejandra, Kelsee, Lauren and Adrienne is a huge deal. We grew together, laughed together, complained together, cried together, shopped together, and last but not least, EXPLORED LOS ANGELES FOR ALL OF OUR VERY FIRST TIME together. That brings me to…

Falling In Love With Los Angeles

I know this may be hard to believe, for those of you who know me, but Los Angeles is officially my favorite city. New York who?

Just kidding, but pretty close to it. I knew I would love LA, but I didn’t know I would fall for it completely. It’s just so special and so different and so wildly wonderful. Something is always happening, whether it’s a Shape Magazine pop-up, a taping of The Voice, or an Aly & AJ concert at 10:30pm on a Wednesday. (Yes, I did all three of those things.)

There is the beach and ocean, but there are also mountains. There’s Pacific Coast Highway, and less than 20 minutes later you can see the skyline of Downtown. It’s mesmerizing and beautiful and it grabs a hold of you and never lets go. New York will pick you up, spin you around, and throw you back out. Los Angeles will pick you up and hold on tight. “Toto, I have a feeling we’re not in Kansas anymore.” Last but not least, I am forever grateful for the experience for all the reasons above, but mostly because of how much it helped me grow. I learned what it’s like to work a full time job, and to have a deeper appreciation for evenings and weekends. I learned how to make friends and find my way in a city I’ve never been to. I learned how to stand up for myself, how to use my voice, and so much more. I wrote a lot more about this in my final article, which you can read here.

I hope you enjoyed this last installment of Intern Diaries. I am truly in awe of this opportunity that came my way and my life will be forever different because of it. If you have ever have questions about ENTITY or my experience, or even LA, do not hesitate to ask! I love love love hearing from you! 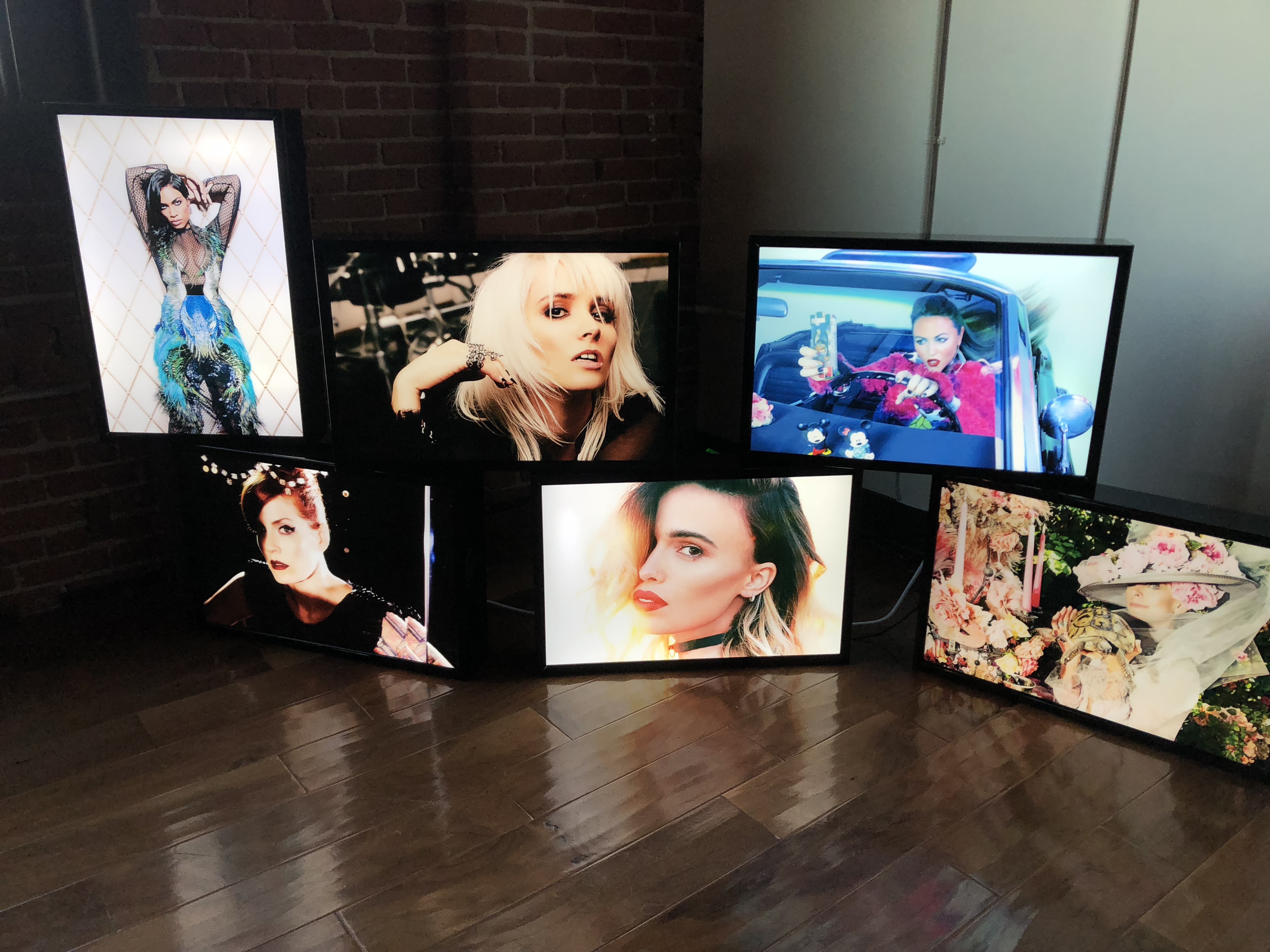 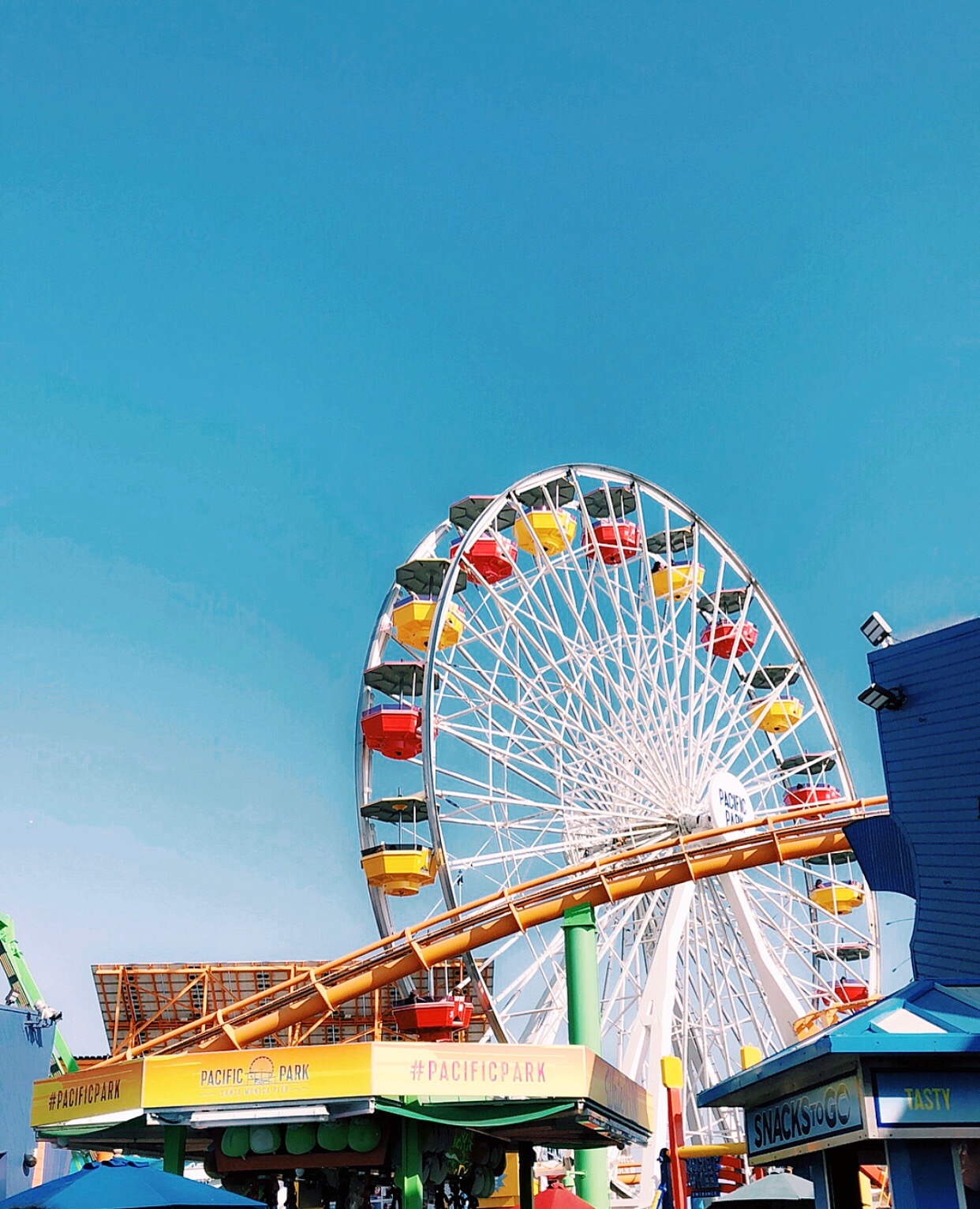 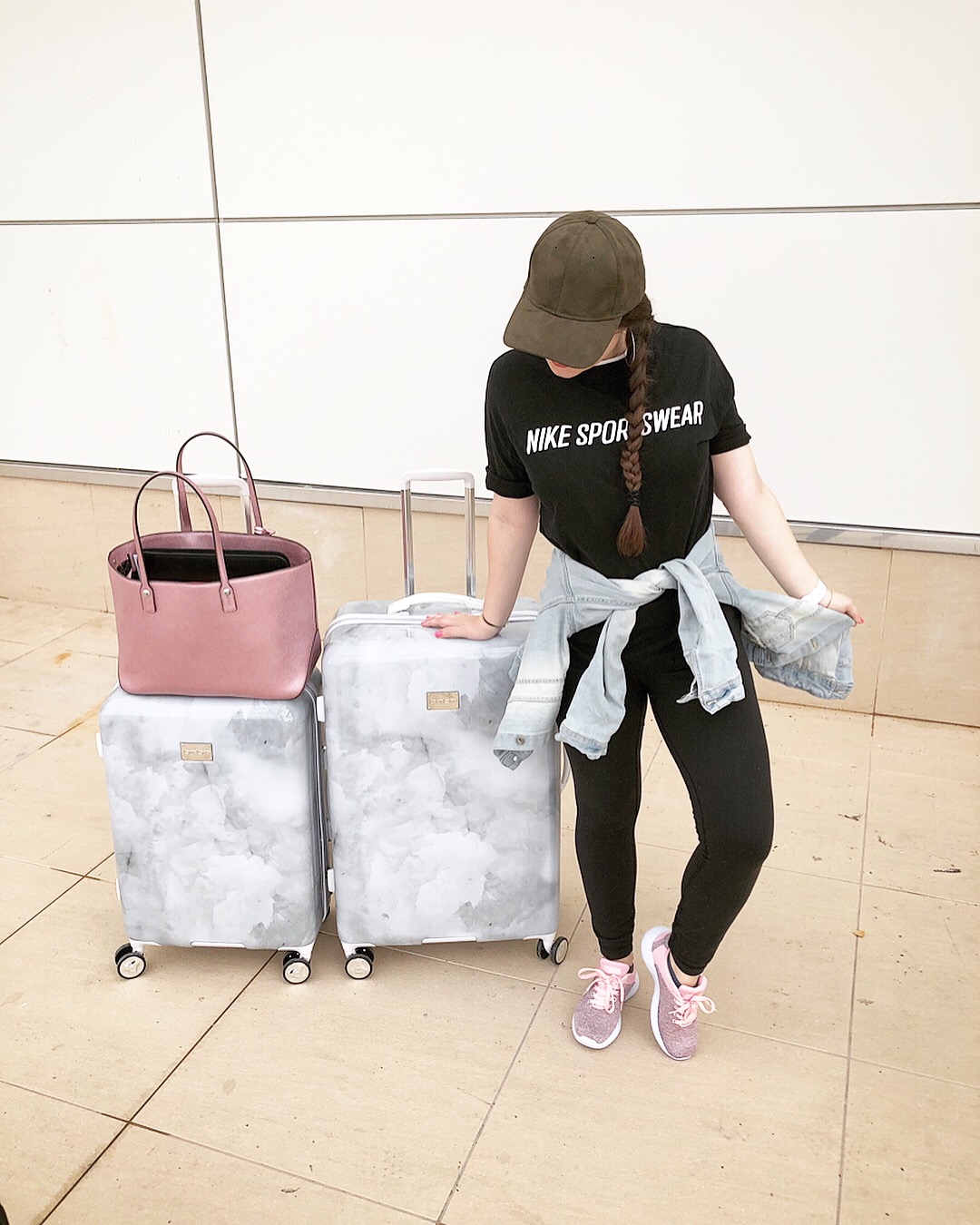 Currently stuffing our save the date envelopes and

Today marks the start of the last full week before

my grandparents, my fiancé and i allowed my paren

“Not everyone wants to be Blair Waldorf.” “N

365 days until our first kiss as husband and wife!

brunch in the burbs with bestie 🥂🍁🧡🍂