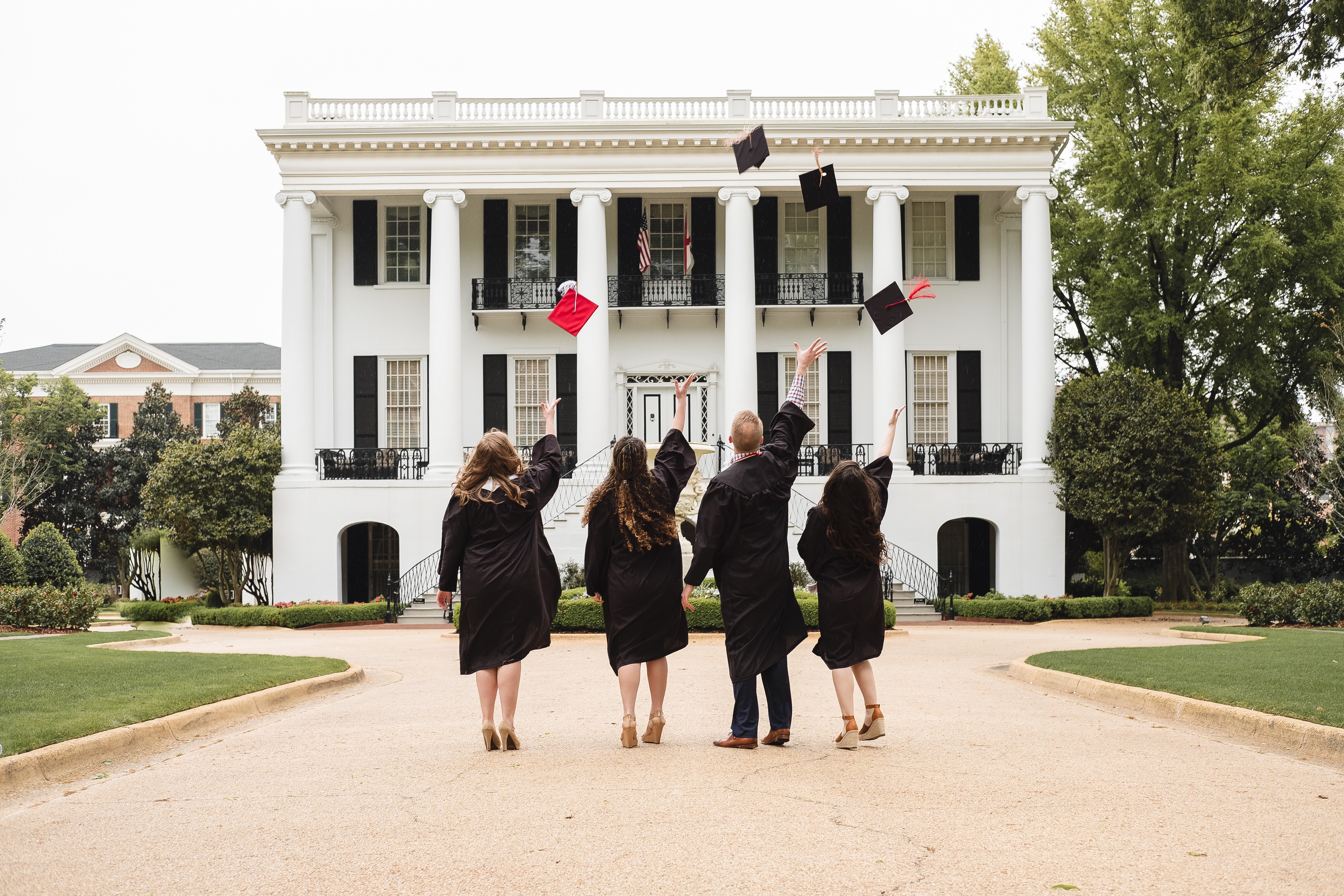 Tonight I started taking down the decorations in my room. There’s only a few days left until I have to move out and the upcoming week is going to be extremely busy with finals and graduation festivities. As I was listening to “I’ll Be” (a song I danced to at my freshman year formal) and peeling cute black polka dots off my accent wall, I was of course, emotional. But I had a realization. This time is different. This is not just another year of taking down the decorations and putting them back up three months later. There is not just another summer standing between me, my best friends, and nine more months in our perfect college town. This time, it’s the last time. I will pack up these decorations and I will drive them back to Orlando, and that’s where they will stay.

I will no longer be an undergraduate student at the University of Alabama. And although I consider myself to have been bracing for graduation for months, maybe even years now, this still hit me like a ton of bricks. Where did the time go?  My time at the University of Alabama has been absolutely indescribable. I knew when I was accepted to my dream school that it was going to be an incredible four years, but I didn’t know they were going to be this incredible. Just to take a short walk down memory lane… You may be wondering how I chose Alabama in the first place. Being from Orlando, and being someone who was ready to get OUT of Florida, I didn’t really look into Florida schools all that much. It also helped that I was originally planning on majoring in Musical Theatre, and I was only looking into schools that had BA programs, not BFA. Alabama fit that list of qualifications, so my mom and I flew up one weekend and toured. Immediately, I fell in love, and honestly, who wouldn’t after seeing this campus? But I felt something deep in my bones… this is where I was meant to be. After that weekend, I knew it for sure. Everywhere I went, if Alabama was brought up in conversation, or if I saw a University of Alabama license plate, “Home” by Philip Phillips would come on the radio. Seriously, even weeks after we returned to Florida, my mom & I would be out at lunch, bring up Alabama in conversation, and then BOOM, Home came on the radio at whatever restaurant we were at. It was insane. These instances would always make my mom cry because she didn’t want to me be so far away, but just like me, she knew it was where I was meant to be. I busted my butt to get a higher ACT score so I could earn a very large out of state scholarship (Fun Fact: Alabama is more out-of-state students than in-state, and they are well known for their scholarships!) and once I earned it, everything was set. I picked out roommates, signed up for Orientation and the rest was history. I couldn’t wait for the future.

So, you want to know what it’s like to spend four years at the Capstone? You will make friends that exceed your every expectation.

At Alabama, I found my very best friends. Those who stick by you no matter what. Those who go through what you go through. Who carry you when you’re tired, who lift you up when you’re low. Those who are there for the heartache, the accomplishments, and everything in between. Those responsible for the belly-ache inducing laughs, the embarrassing moments, the tears, the inside jokes, and so much more. You will make even more memories than you thought would, because you didn’t realize almost every single one would be “one of those moments I’ll remember for the rest of my life.”

Cherish these moments, because they are fleeting. I thought my freshman year would last forever. Freshman year was definitely my best. It plays on a loop in my memory to a soundtrack of glitter, rap music, the Friends theme song, and the smell of bagels. I miss it every day. But it ended. And so did the other three years. Here I am, and here we are, and here it is: the time to say goodbye. None of us are ready, and yet, none of us have a choice. One is headed to Indiana, one to Missouri. The other two of us sticking around. But it won’t be the same.

We are ready to find our way in the world. We know we have each other to lean on, no matter what comes our way. You will make friends for four years, but they are friends who will last a lifetime. So, you want to know what it’s like to spend four years at the Capstone? You will be challenged in your classes, pushed beyond expectations, and accomplish more than you thought possible.

At Alabama, I discovered my passion. The college of Communication & Information Sciences has played an integral role in my college career. I truly can’t imagine what these past four years would have been without them. As someone excited to go into Digital Media, Comm Studies has equipped me with skills I will need for the rest of my life. I had no idea if I would stick with my major when I chose it. After all, I had no idea what I wanted to do with my life. I thought about law school. Leaned toward Advertising/PR. Considered many different routes. And then stuck with Communication Studies. And thank God I did. I was pushed beyond all imagination, taking at least one W (writing) course per semester. I was writing papers every day. Developed my rhetoric & argumentation skills. Deepened my appreciation for interpersonal communication in a professional & personal setting. I sharpened my public speaking skills. I dug into theories of persuasion, lying & deception, pop culture, critical decision making… I was blown away by all that Comm Studies had to offer. I felt more well-rounded in academics than I ever had before. Varieties upon varieties of classes… I couldn’t believe it. I didn’t have a specialization, but I didn’t need one.

The college of Communication & Information Sciences has not only allowed me, but encouraged me to make my major completely my own, and that’s exactly what I did. In fact, for my senior research project, I am studying fashion & lifestyle bloggers and how they form parasocial relationships with their readers. To have had the opportunity to explore my passion in an academic setting has been beyond incredible, and I am unbelievably grateful for it. Comm has always pushed me to be the best I can be, and because of that I am proud to say I will be graduating on Friday, with Honors, Magna Cum Laude. No matter what you choose to study at Alabama, you will succeed, and discover what it is you’re meant to do. So, you want to know what it’s like to spend four years at the Capstone? You will probably win at least one, probably two National Championships.

At Alabama, I discovered what it was like to be a true devoted & loyal fan to a sports team. I fell in love with the game of football, and I could not be happier. (Neither could my dad, love you!) I never cared about sports until college, and I have Alabama to thank. There are other schools with football teams, and I know they have rich histories and deep traditions too, but I can say with confidence that they are nothing like Alabama. Everyone knows that “Oh man, there’s just something about game day in Tuscaloosa.” And after four years, multiple away games, and many family members & friends’ visits, I can tell you that it’s true. My mom says “there’s something in the water” here, and if so, then good. I’m drinking it every day. I am so proud to be an Alabama football fan, and I am excited that even though I am graduating, football will remain an integral part of my life.

Starting out freshman year, I didn’t realize the weight of what a game day really meant. There’s so much meaning behind the words “Roll Tide”, and so much more to the game than the boys running on the field. Traditions like the elephant stomp, Alabama fight song, and tailgating on the Quad bring alumni members back every year, and remind them of the good ole’ days. People reminisce, make new friends, heck, I even networked once out on the Quad on a Saturday. There’s just something special about the game that brings us all together. I count myself blessed to be a part of it. Football everywhere is great, but in the SEC it just means more. So, you want to know what it’s like to spend four years at the Capstone? You will find yourself.

I know this one is cliche, but it’s so so true. Somewhere between the Friday nights, the fro-yo dates, church on Sunday mornings, the late night study sessions, the horror movie marathons, internships, the tough losses, the family visits, summer vacations, difficult triumphs, and the victories, I found myself. It didn’t happen overnight. I didn’t even realize it happened until I looked back on my four years, but it did. I am more sure of myself. I know who I am and what I want. I know the type of person I want to be, the type of person I don’t want to be. I know what I’m passionate about, what motivates me, what I want to change. (Because yes, we can change the world!) I know what I look for in a friend, in a partner. I know that family is the single most important thing (already knew that though, duh♡). I know that there is more to life than where you spend your Saturday night or what you said to so-and-so on accident. I know that the sun sets each night, and that when it rises (and it will) His mercies will be brand new. I know that pain may last, but joy will always come afterwards. I’ve learned to not take life too seriously, and to always go after what I want. You will learn a lot of things in college, both in and out of the classroom. But the biggest is that you will learn who you are. Cherish it. Take care of it. Because you are you, and no one else is exactly like you. That is your superpower. And it will all be worth it.

And you will miss every part of it once it’s over.

So, you want to know what it’s like to spend four years at the Capstone? T Minus 4 days until Graduation. Let the final countdown begin… 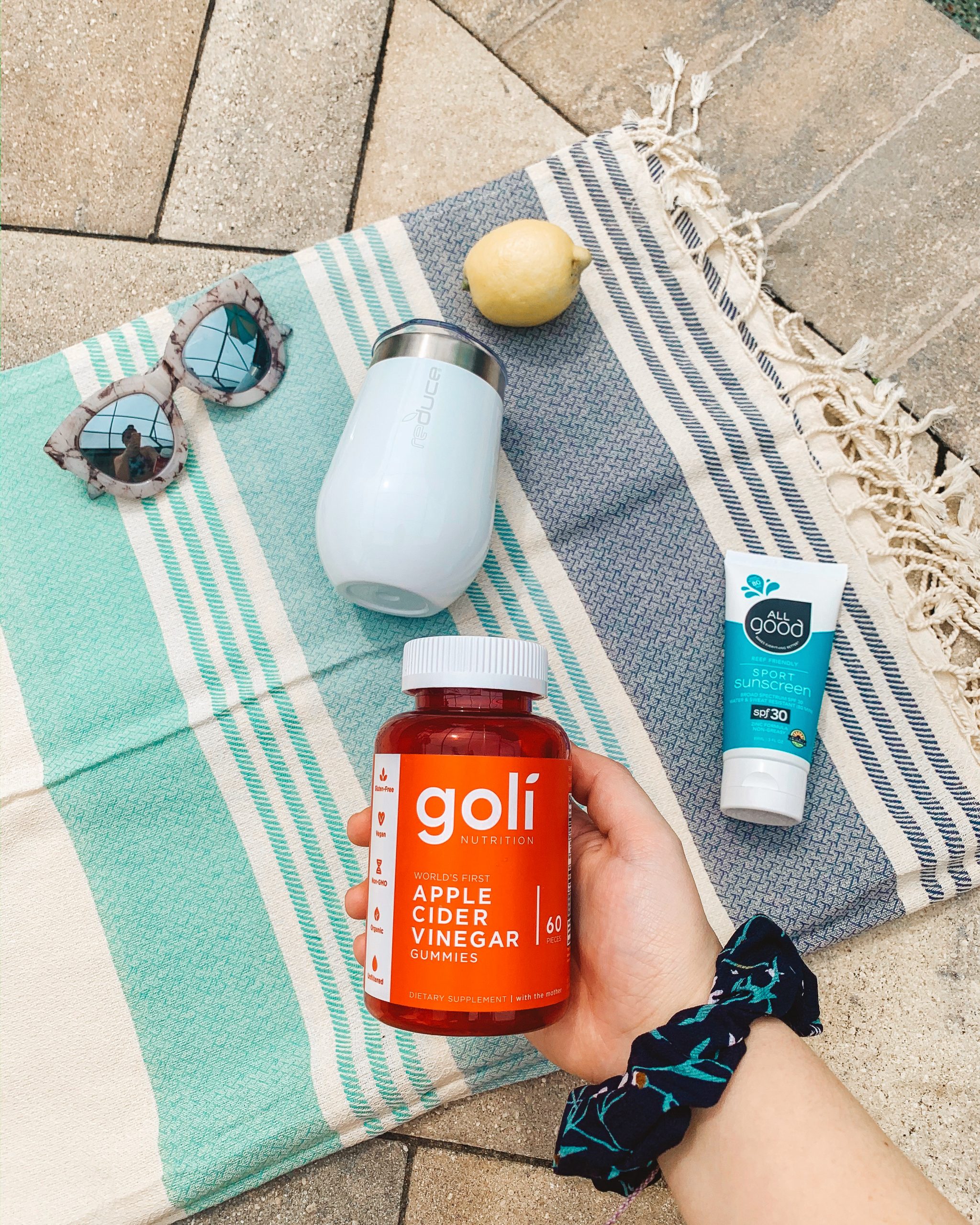 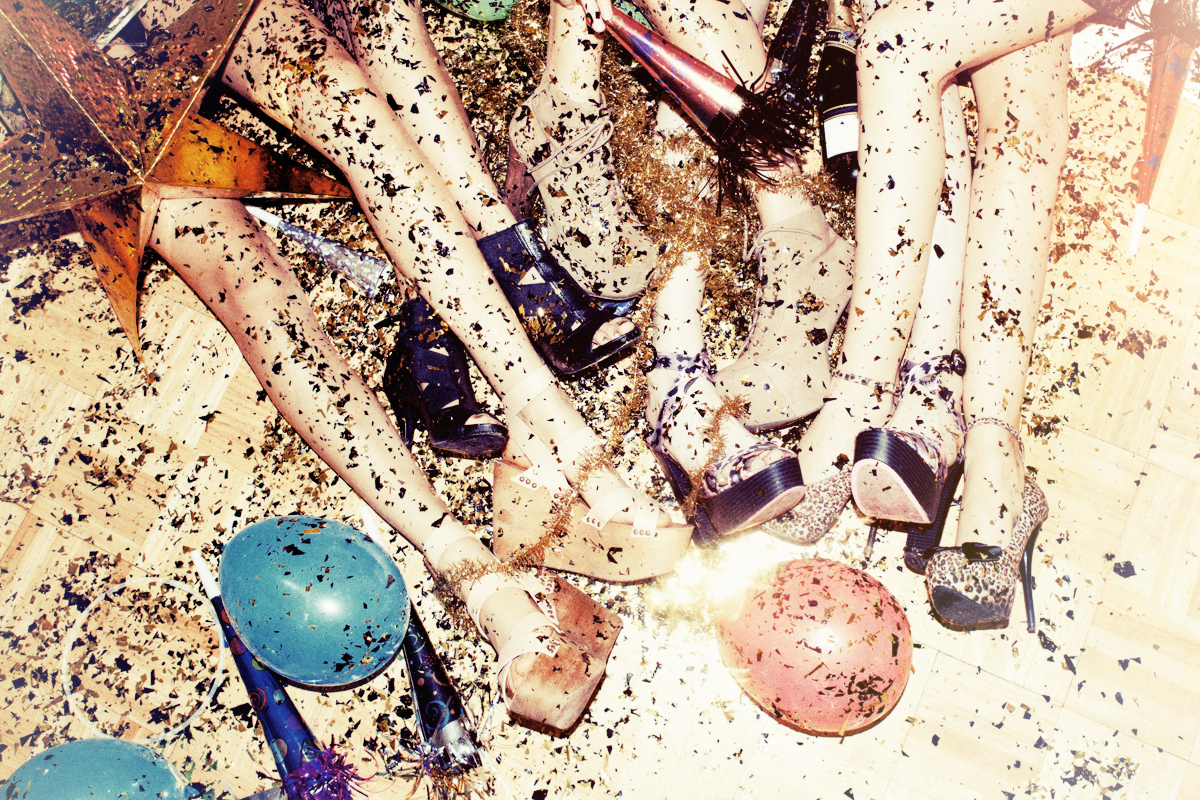 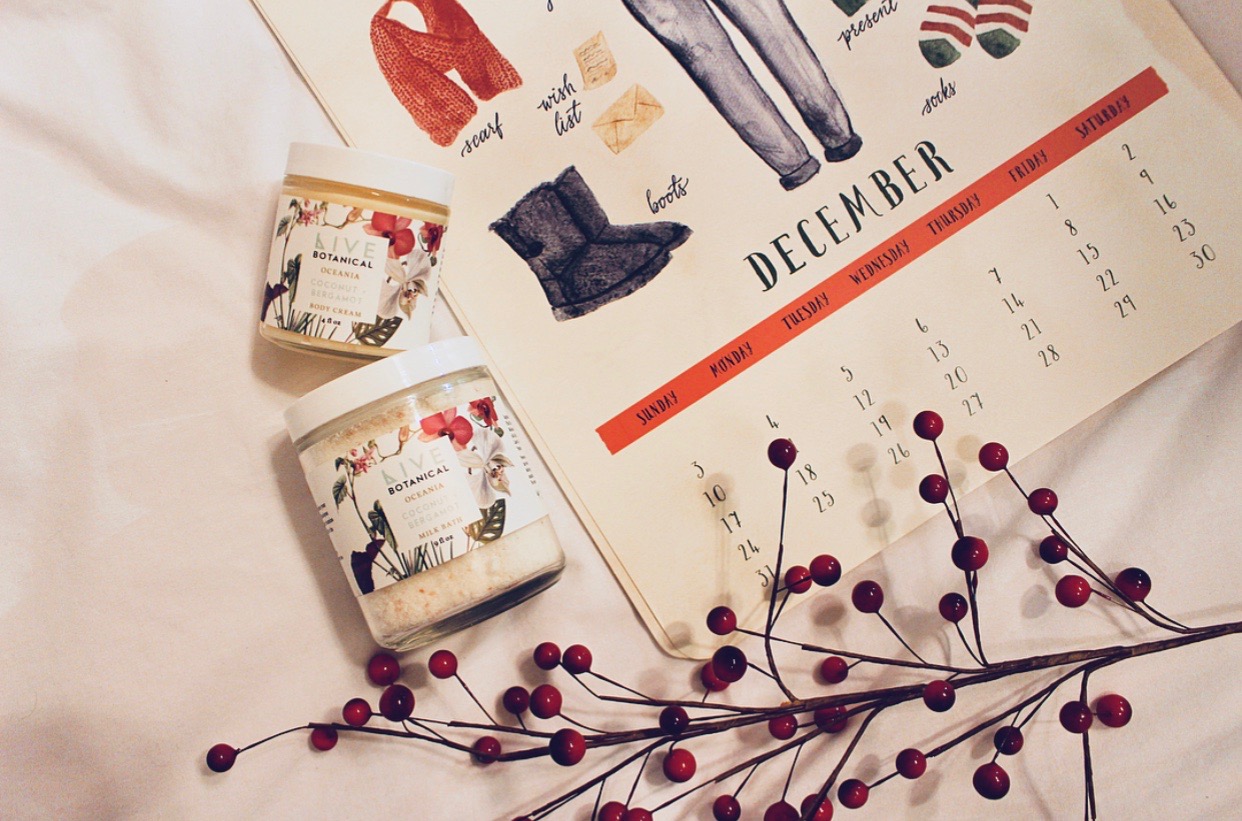 went on a little reading and puppy playdate yester

This past weekend two of my favorite people (and f

Still reminiscing on the most amazing trip with th

Please, I beg of you, don’t make me leave. Life